First of all, if you are going to drink and use your phone, call don’t text. It is a ‘rules of evidence’ thing. If someone out there wakes up the following morning to allege that you uttered unworthy things while in a drunken state, well then, it just would have to be your word against his. All we would know for a fact is that a call was made by the accused person to the complainant at a certain potentially unworthy hour.  That however would merely be circumstantial evidence that doesn’t prove anything in regards to the core issue of contention. Were unworthy things uttered or not? That, we wouldn’t know. A text message on the other hand, woooiiii...  It leaves you with absolutely no room for rebuttal. Just brace yourself for the grief to follow. 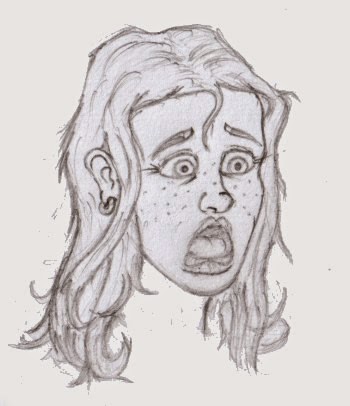 So you turned away for a minute, typed things into your phone, touched send and the message actually went!

Horrified, you turn to your drinking buddy and say, “the message actually went!” Because she’s had about as many shots as you've had, she offers some wildly disproportionate and incomparable consolation such as, “Hitler killed six million people.”

2. Denial
Strangely, the awful consolation does actually speak to you. You relax. This has been a terrific night. A terrific night. You tell her how much you love her and how grateful you are for her company. “So many times I just don’t have anyone to bounce my thoughts off. I am so happy to have that tonight,” you elaborate.

3. Phenomenal Problem Solving
It’s the morning after. You half open one ka-eye, sneak a look at your message log and yes, the message really did go. Yes, it was delivered to the recipient device. But, the blue ticks haven’t gone off yet which means no human has actually seen the message. You still have time to think about remedies and mitigations. So, you think, think, and think some more. At last, you come upon the bright idea to delete the message from your own device. That way, you’ll never know whether or not an actual human ever saw the message.
4. Bargaining
You’ve now had some breakfast and your thinking has attained a discomforting level of clarity. So, you sit down with a warm cup of tea and start composing a mitigating/remedying note. First, you deny responsibility. “My buddies were so zonked last night they typed that shit.” Delete. You contemplate humility but that, “I am really sorry I directed my drunkenness your way,” text just sounds lame. Delete. You attempt humour. Fail. Delete.  Defeated, you nonchalantly kinda sorta let yourself off the hook with, “it is what it is. I’ll just wear dark shades for a day.”


Under the shower, you really ask yourself, “but is it fair that a human being should have to hang their head over a mere text message?” No it isn’t fair. You are a complete human being with many good qualities even if holding your liquor isn’t one of them. You re-open the matter with a mental note to check buzzfeed for a list of things that one can do following a drunk texting night. Maybe they’ll make you laugh. Maybe, you’ll deal with the matter by sending this link to the owner of the device to which your message was sent. Let’s not forget that we don’t even know for a fact whether or not a real human ever saw the message anyway.

Posted by NamLyd at 6:52 AM No comments: