What is with Newspaper Editors and Erectile Dysfunction?

Prologue: I wrote this brief post two weeks ago. I wanted to use a photo of an actual newspaper (not online version) to illustrate it but I didn't have the physical copy readily so I saved it saying to myself, "in a week or two, one of the papers will have another erectile dysfunction story anyway. I will post it then." Sure enough, today we have one.

In English that should not be anywhere near a newspaper whose publisher employs editors and sub-editors, today's erectile dysfunction story starts off by alleging, "erectile dysfunction is a problem many men shy away from. And even those who suffer from the condition, they would rather die silently than let anyone know about it." Huh! If I had a dollar for every time I have read a letter seeking advice on erectile dysfunction from the newspaper, I would propose to Bad Black. You'd think it is the single biggest public health problem that affects Ugandan men! Never mind the country’s birth rate. At third highest prolificity in the world, I'd say our men are erectile functioning just fine --- maybe even too fine. 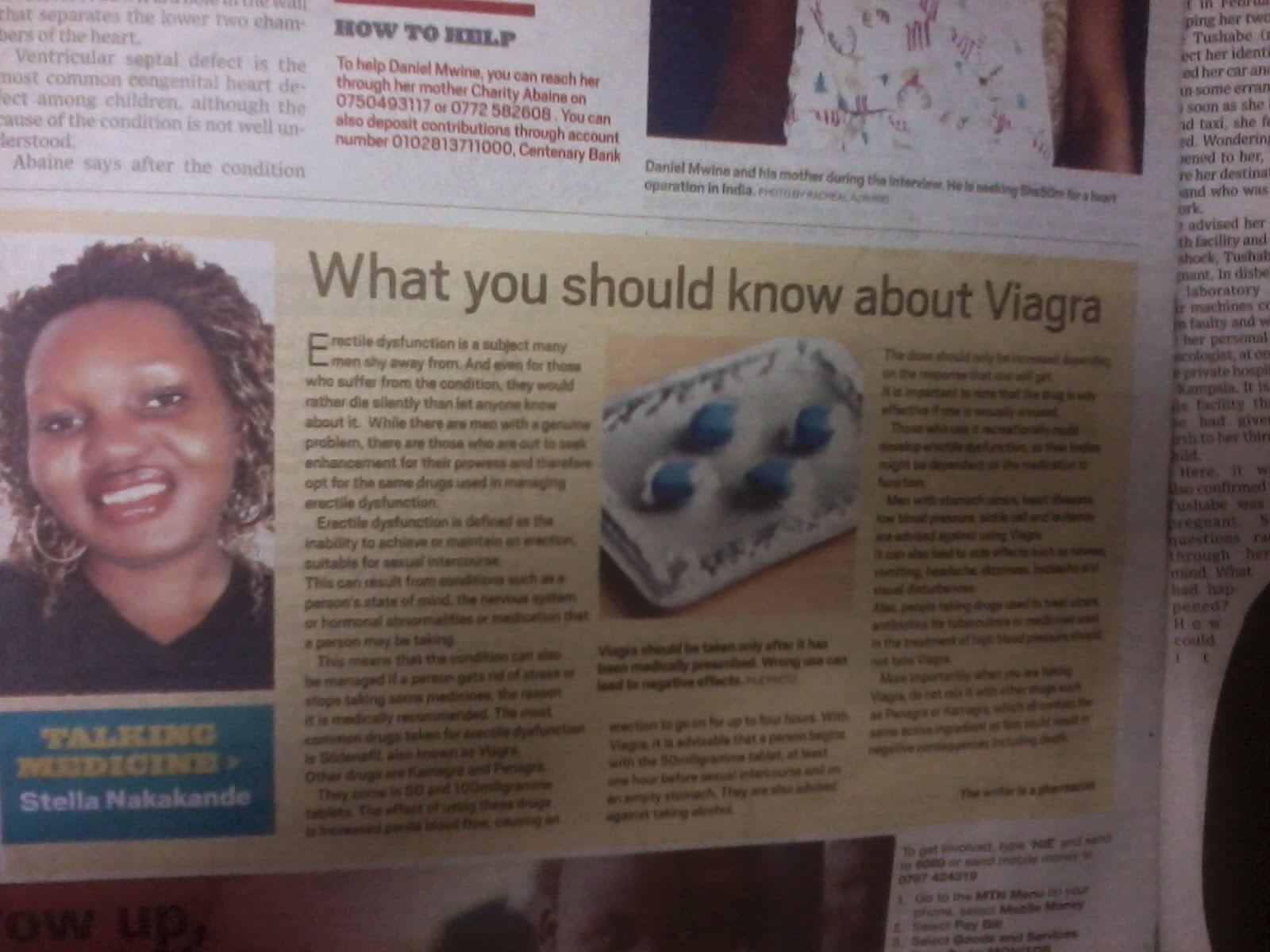 Okay, maybe I am being a little too harsh. Surely, getting it up is a big deal and even if it affects just a few good men, we should dedicate some public newspaper space to helping them. Right. But we did that three weeks ago, and two weeks before that, and a month before that. How about going forward, the newspaper editor simply emails all those past expert answers, to every man who writes in with an erectile dysfunction? For the shy ones who still haven't written in, we could always run a banner at the bottom of health pages saying, "Struggling with erectile dysfunction? See vol xxx of this newspaper published on date yyyy for advice."


Also related to the above, considering that erectile dysfunction is apparently such a big public health issue and its sufferers are emailing newspaper editors, why isn’t Google (or whoever his evil spammer cousin is) redirecting all these viagra marketing emails I receive to those people?

This world just isn’t working properly. We need to fix it and maybe in so doing we might fix Uganda’s few good men with an erectile dysfunction as well.

Posted by NamLyd at 7:29 AM No comments: