The thing about abortion

She walked into the clinic obviously furious. She didn’t sit in the queue waiting for her turn. Instead, she cut across the room to the desk where the in-charge sat. So someone so obviously furious, it was remarkable how low she managed to keep her voice as she antagonised the in-charge.  She was obviously saying some truly uncharitable things and saying them in a rapid rap. Yet, I didn’t hear a thing even though I was seated just a few metres away.  After several minutes, the clinic in-charge stood up, took her hand and nudged her to the back. There, voices were raised. Alas, they were speaking Acholi and even though I was now standing stealthily at a corner trying to listen in, I didn’t understand a thing! Ah, you’d have to be a journalist to understand the frustration of listening to a row that you can’t make heads or tails of.

But then again, when you are a journalist, you’ll know how to know the juicy details. When the nurse came back into the clinic, I pulled on my most sincere looking of fake sympathetic looks and asked, “hey, what’s wrong?”  Still flustered and defensive, she pointed to the back of the clinic and said, “she came here for an implant (contraceptive) three weeks ago. I think she was already pregnant but we didn’t do a pregnancy test because the lab technician was on leave.  Now she thinks she got pregnant on our implant.” Auuch! This wasn’t going to end well. I was now genuinely sympathetic with both of them.  I also wished I hadn’t gotten into it because a) I wasn’t on a reporting trip and b) I didn’t have any wisdom to add to the situation.  I just sat down with a sheepish look. But the nurse pinched a little more of my skin into the game.  “She already has five children and her husband beat for the last one.  She wants me to remove the pregnancy.”

“Remove the pregnancy? It’s not exactly equal to a piece of meat stuck between her teeth that you might remove a tooth pick!” I wanted to say something like that but I recognized it would be inappropriate and redundant. So instead, we sat in silence for a really long time. I wished fervently that the driver I was waiting for would come and take me away. By then, I was the only other person left at the facility. Perhaps if I went away, they would have this whole conversation over again and break the impasse. The driver took his sweet time. So, we sat some more. I worked hard at keeping my eyes away from either of them. The nurse eventually went back to her desk and busied herself leafing through a register.  The patient sat just outside to the back of the clinic, angry eyes trained on the nurse, feet planted firmly on the ground. She looked like she would murder that nurse before she walked out of that place with that pregnancy.

By 1 pm, three hours after I had asked this nurse if I could sit at her clinic and wait, my driver was still a no-show. Things happen on a really stretchy timeline when one is doing field work! Eventually, my journalistic impulses got the better of me once again. I gingerly walked over to the nurse’s desk and awkwardly asked, “do you know how to remove a pregnancy?” She nodded without expression. “Will you remove her pregnancy?”  This time with just a hint of irritation she said to me, “It is her choice. Let me go and counsel her.  If that’s what she wants, that’s what she wants.” She abruptly got up and started to briskly walk towards the woman outside. As if she recalled midway that counseling is supposed to be a kind act, she halted briefly, visibly relaxed her back and went on to the woman.

They didn’t go off to a special and safe counseling room somewhere. This wasn’t the movies. The nurse didn’t comfortingly pat the patient’s hand to re-assure her she would be fine. This definitely wasn’t the movies. The patient didn’t break down and cry on her counselor’s shoulder. Definitely, definitely not the movies. I couldn’t see the nurse’s face. She had her back to me. But through the doorless exit to the back of the clinic, I could see the patient’s face – an unchanging mask painted with one unwavering emotion – rage. Hell’s fury. Whatever the nurse might have been saying, it sure didn’t look like it was working any wonders. Indeed, it was the very definition of futility. Finally, my driver showed up. I walked over to the doorless opening, thanked the nurse for letting me wait at her premises I clumsily scampered out of the place in a daze of emotions and thoughts. 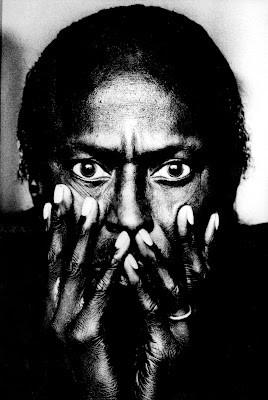 I had been pro-choice for a long time. And in my naivety up to that point, I had thought that stance mattered to women with crisis pregnancies. In my mind’s eye, I had always seen myself as some sort of quiet minor warrior for women being allowed the right of choosing whether or not to carry a pregnancy to term. But that day, I finally understood why they call choice a right. You see, like all other rights, it is inalienable. You don’t have to allow a pregnant woman the right to remove a pregnancy. She just has it. I could have somersaulted in protest at that angry woman’s decision that day. Or I could have mounted a parade and hang banners in solidarity with her. Either way, I still would have been an unregistered part of her background. I had seen the look in her eyes. That unwavering fury at the unwanted thing that was growing inside her. The thing that if left unchecked would fetch her yet another round of beatings. The thing that would be yet another mouth whose needs would break her back in the garden all the days of its life. The things she referred to as the clinic’s pregnancy. All the tantrums in the world wouldn’t have stopped her from wanting it out. And something told me all the laws in the world were not going to stop her from trying it get it out. In the same vein, all the pro-choice anthems in the world would not have made her any less furious at everything. Inalienable right, indeed.

I started to think that maybe pro-choice and pro-life are but meaningless badges. That’s like saying you are pro-breathing. If your stand on the matter will affect whether or not the next person breathes, what’s the meaning of the badge?  So maybe pro-choice people aren’t the little warriors of women’s right to choice. Like it or not, a pregnant woman has that choice. And when she has to exercise it, she won’t care who is on which side of the fence.  Maybe pro-choice people are merely the people who choose to be helpful rather than stand across the road throwing tantrums about a thing they can’t affect. They still are my kind of people anyway.
Posted by NamLyd at 7:25 AM No comments:

Ugandans Adopt. Do you want to?

So, have I told you that ‘they’ made a YouTube video of me just because I am thinking of having a baby? Well, they did. Here. ‘They’ is Ugandans Adopt, a campaign that is reaching out to Ugandans interested in adopting babies. Aidah Agwang, runs the campaign. Basically, she is the person to call in case you are a Ugandan who is interested in adoption (be it as a volunteer or prospective parent). She's visiting this blog today to tell you more about that. 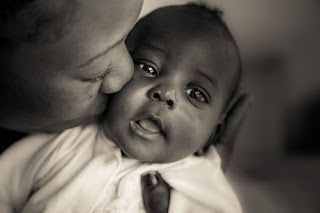 “Ugandans Adopt was founded on the belief that all children deserve to grow up with a loving family, instead of in institutional care. During my interview for this role, I remember being asked what I thought about adoption in Uganda.  I told the interview panel that I believed, while it is a relatively new concept in Uganda, all we had to do was put the word out. My task as Communications Officer is to run our Ugandans Adopt multi media campaign promoting adoption in Uganda, supported by the Ministry of Gender, Labour and Social Development.  11 months later we have discovered the huge appetite that Ugandans’ have for adoption and have shattered the myth that Ugandans’ aren’t interested in adoption.

At our emergency care centre, Malaika Babies’ Home, we provide short-term care for babies until we can find them a family. I’m usually based at our small offices at Malaika and every day brings something new. Seeing a little one go home to a loving family and how they blossom thereafter, are some of the special moments that I never tire of.

There have been times after I have accompanied our Social Work Team to collect a child who has been abandoned when I could almost breakdown but, fortunately, this is always short lived. In our care, the babies are so quick to thrive and, above all, love again.

To date we have 28 Ugandan families and individuals who have adopted children from Malaika and another 35 who are on a waiting list to adopt.  Our social workers are currently assessing even more people who are interested in adopting, too. Our Ugandans Adopt Facebook page has 3,345 followers to date and growing every day. The Ugandan media has embraced our campaign and we have been able to appear on major media outlets like The Sunday Vision. I think it’s safe to say Ugandans’ are definitely more than just interested in adoption.
What makes my job so worthwhile is not just seeing a child go home but knowing, after our social workers conduct follow up visits, how truly happy they are. It always brings a smile to my face. It is why I do what I do. At Ugandans Adopt we strongly believe that every child belongs in a family – and we couldn’t achieve this without our supporters. Thank you so much from all the team at Ugandans Adopt for helping us make families instead of orphans.”

To find out more about our Ugandans Adopt Campaign, call Aidah on 0776110304 or send an email to adoption@childsifoundation.org. You can also visit our website @  http://ugandansadopt.ug/ , find us on Facebook or follow us on twitter.

Posted by NamLyd at 2:19 AM No comments: